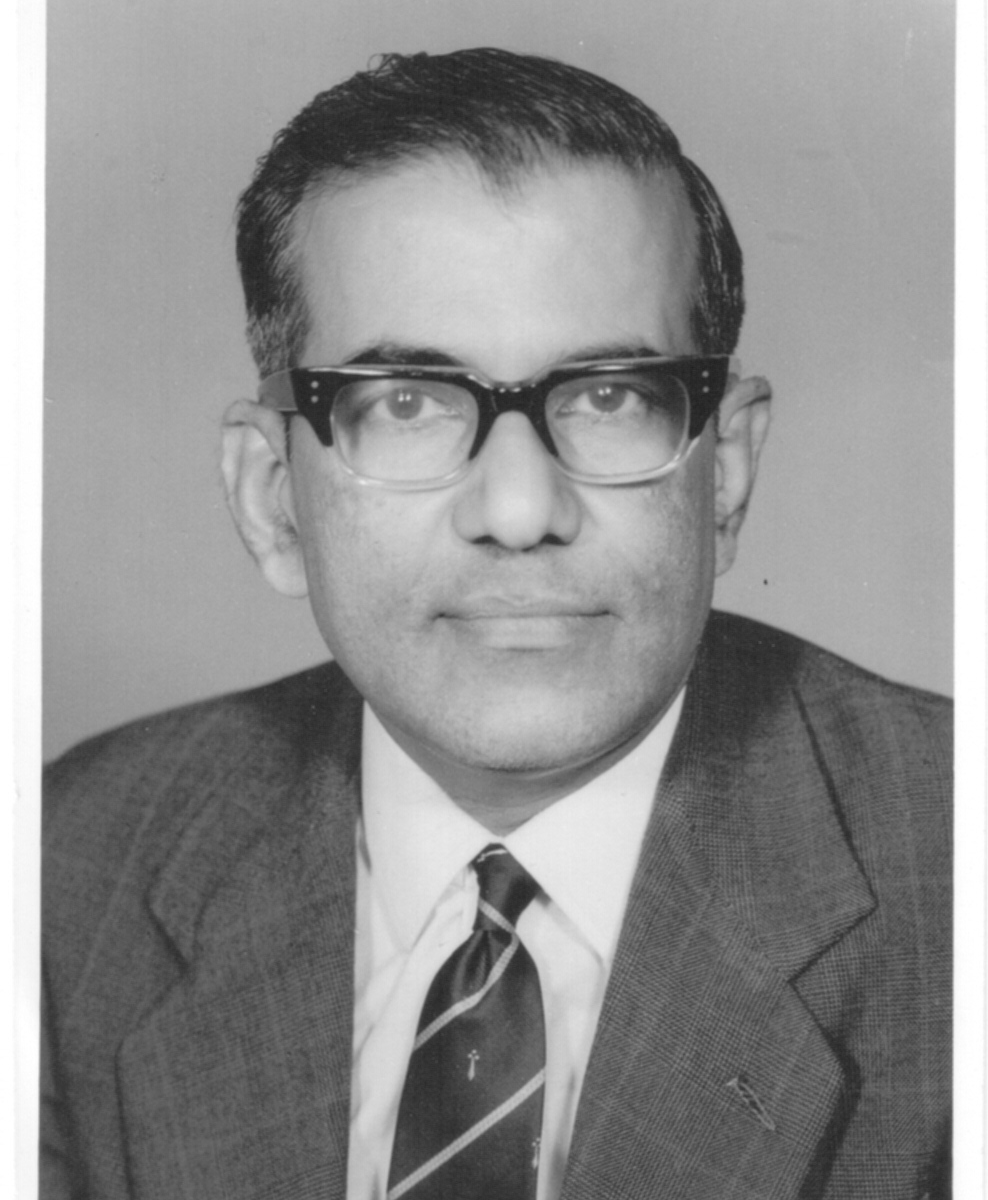 Today as I surfed Google I came across an in-depth article on my father’s achievements and contributions to science in India – written as an obituary in Patrika, the Newsletter of the Indian Academy of Sciences (Patrika. Jan 1991;n22:p12).

I enjoyed growing up in an environment of learning and knowledge exchange, of music and love of people; discussions at the dining table of not only scientific achievements but of the struggles and hard work of teams of scientists that led to these achievements – I met many of them.

The Indian Vacuum Society (IVS) annually confers the C. Ambasankaran memorial award to the best technical paper that is presented at the national symposium conducted by the IVS.

This Father’s Day I would like to honor his achievements and share this article. The full newsletter is available here, and my father’s obituary appears on page 12.

His obituary extracted (with apparent OCR errors fixed) from Patrika is below:

Cadambi Ambasankaran was born in 1923. He had his early education in the Madras University and obtained his Master’s degree in Physics, from Christian College, Madras. After teaching physics for three years in Madras, he joined the Research Department of the Associated Electrical Industries in Manchester where he worked for several years. He was actively associated with the development of a 20 MeV linear accelerator at Harwell and a 300 MeV electron synchrotron at Glasgow. On his return to India in 1957, he joined the Department of Atomic Energy where he played a leading role in the developmental activities of the Electronics and Instrumentation Group. His first assignment was the development of an electron gun for the injection of a high current beam into a 5 MeV microwave linear accelerator. He then initiated a comprehensive programme in accelerators and high vacuum technology and related areas. He was Project Director of the Variable Energy Cyclotron Project and of the project “Studies on Magnetohydrodynamics for power generation.”

His contributions to the development of science and technology covered a number of fields, such as high temperature and low temperature technology, vacuum technology, cryogenics, surface science, laser technology, mass spectrometry, night vision devices, accelerators, magnetohydrodynamics, plasma science, electron beam technology and pulse power technology. He was an exceptionally good judge of persons and selected a large number of scientists, engineers and technicaf staff and nurtured them to achieve excellence in their chosen fields. In the fields of vacuum and ultra-high vacuum technologies, a wide range of components and devices, such as diffusion pumps, ion pumps, absorption pumps, thermal conductivity gauges, ionization and discharge gauges, leak detectors, vacuum control valves and vacuum fluids were developed. He played a pioneering role in making India self-sufficient in the field of vacuum technology leading to further advances in associated fields such as the manufacture of vacuum flasks, TV tubes and pharmaceuticals. He was instrumental in the forming of the Indian Vacuum Society and the organization of a number of courses at different levels to promote the training of personnel for the design, development, operation and maintenance of a variety of vacuum systems for different applications.

In the field of cryogenics, he was responsible for the development of cryostats, cryopumps, ultra-low temperature refrigeration systems, thermovac chambers, and even freeze drying of blood plasma needed during war. In the field of surface science, he encouraged the development of complex instruments like field emission and ion microscopes and Auger electron spectrometer for surface studies.

His efforts in the area of mass spectroscopy covered practically the whole range of the nuclear fuel cycle. He initiated work on the development of instruments for isotopic analysis of uranium in fuel and waste, of hydrogen in water, of nitrogen in enrichment studies and also argon in connection with geochronology. He initiated a programme for the development of night vision devices of vital importance to defence. This technology involved an integration of a complex mix of specialized techniques like infrared photo cathodes, hIgh efficiency phosphors, electron optics and UHV seals. This development led to the establishment of a pilot plant facility at BARC and image converter tubes produced therein were supplied to defence to meet their immediate needs. This technology was finally successfully transferred to Bharat Electronics Limited for commercial production.

The Variable Energy Cyclotron Centre at Calcutta is a standing monument to his creative power and leadership qualities. It was the culmination of harmonious team-work between universities, research laboratories, public sector undertakings and government agencies.

Another of his important achievements was the setting up of a 5 MW MHD pilot plant at Tiruchirapalli, in collaboration with BHEL and sponsored by the Department of Science and Technology. Technical assistance was obtained from the Institute of High Temperature at Moscow. The MHD technology required expertise in the field of combustion engineering, seeding and seed recovery, magnet technology and material technology. In the field of plasma technology, his important contribution was towards the development of plasma spray and cutting torches, the technology of which was also transferred to industry. He seeded and catalysed the programmes on the development of electron beam equipment for metallurgical applications like melting, welding, refining and evaporation. These equipment developed at BARC are now finding wide applications in the Department of Atomic Energy for production of special materials at the Nuclear Fuel Complex, heavy water plants and reactor component fabrication. In the field of pulse power technology, he evolved programmes on nanosecond Gigawatt equipment which are now finding applications in defence and fusionoriented research.

He was convinced that the translation of a laboratory prototype of a component or an instrument into a production prototype meant close interaction between scientists on the one side and industrialists on the other. He also believed that in addition to the transfer of documents concerning design and fabrication, the real success in technology transfer was possible only when the scientists responsible for the development of a technology item are also transferred to industry at least during the take off stage on the floor of the factory.

When the decision was taken to set up the Centre for Advanced Technology at Indore, Ambasankaran was appointed as the Chairman of the Planning and Implementation Committee. Under his dynamic leadership, work at this Centre progressed fast and the centre was formally inaugurated in 1984. He continued to provide technological consultancy to Indian industry to the end of his life.

He was elected Fellow of the Academy in 1972. He was awarded the Homi Bhabha Award for Research in Applied Sciences by the University Grants Commission in 1975 and the INSA Mahalanobis Medal in 1978. An outstanding human being, he loved people and the people in turn loved him. A fine work culture and harmony in team-work was hallmark of his leadership. He was fond of music, as he was of plants. He had an excellent collection of rare orchid plants in his house.

He died at Agra on August 20, 1990, at the age of 67, while on a holiday. In his death, the scientific community in general, and BARC in particular, has lost one of its pioneers in the fields of technical physics and· technology development, and for his many friends and colleagues a true friend and adviser.